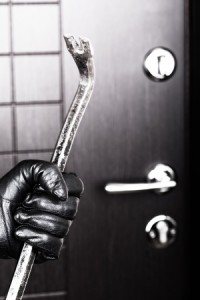 Bloomington, Indiana is a beautiful city in a very active community with plenty to do. A cultured place with vibrant nightlife and a lively college scene thanks to the local Indiana University students, the area is diverse and modern. But just like every city, there are some tradeoffs for living in such a jubilant city.

According to national crime rate statistics, the countrywide property crime rate average median for all states accumulates to a little over 27 per 1,000 people. This compares to Indiana statewide statistics indicating an average slightly higher than this of about 28.5 per 1,000 people, amounting to roughly 1 in 26 people. But in Bloomington, the chances of individuals falling victim to non-violent property crime is a bit higher.

In the city of Bloomington, where the median total victims of property crime is nearly 25% higher than that of the national average, residents have to arm themselves with the tools needed to protect their own. With a city median total of over 38 per 1,000 people being victims of nonviolent property crime extra measures and due diligence are strongly encouraged by law enforcement.

Bloomington offers visitors remarkable experiences to remember with summer concerts, year-round theatre productions at the Waldron Arts Center and City Hall. But as in every great town, there are some tradeoffs to having such rich cultural heritage at your disposal. Protecting your home and family with a security system is always a smart move. Because as they say; ‘it’s better to be safe than sorry.’

← What Not To Do When Setting Up Your Home Theater
Why do I need a home security system? →